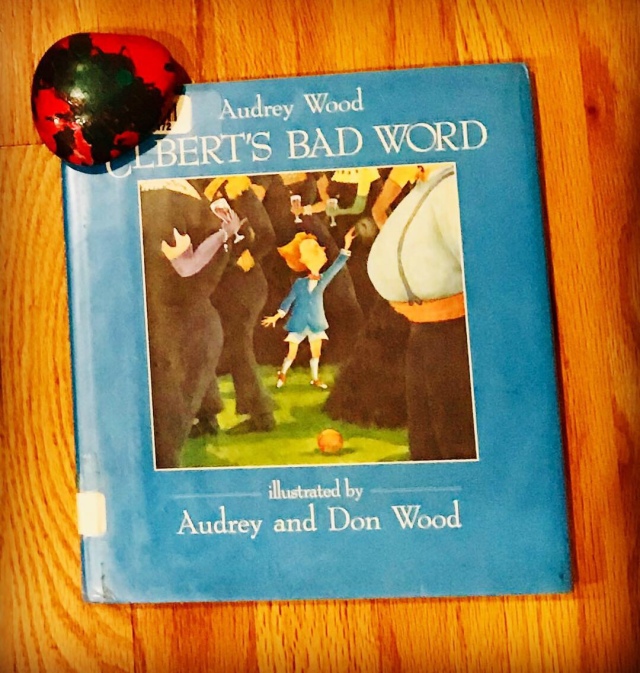 One fine day, young Elbert happens to hear a bad word at a party. The word floated by like a small storm cloud. It was ugly and covered with bristly hairs. Elbert caught this word and stuffed it into his back pocket. A bit later, a mallet accidentally lands on Elbert’s toe and Elbert screams out the bad word. The word springs out, bigger and uglier than before, shocking everyone at the party. Elbert’s mother takes him into the bathroom, makes him clean his mouth and tells him firmly that we do not say bad words. Elbert still cannot get rid of the bad word. It shrunk back to the size of a rat now, but it is still sitting on his shoulder. Elbert seeks the help of a wizard gardener, who makes him eat a special cake that is baked with sparkling new words, flour and honey. Elbert eats the cake and notices that the bad word now shrunk to the size of a flea, but it is still with him. He goes back to the party and faces another unexpected incident which makes him angry. But, this time, to everyone’s surprise and relief, Elbert shouts out a bunch of silly words. Elbert is quite pleased with himself as he watches the bad word shrink down to the size of a little spider, scurry down a dark hole and disappear.

Our boys have stuffed a couple of bad words (mostly potty words) into their back pockets recently. I checked out this book a couple of weeks ago from our library to address this issue. We read it several times since then. Together, we came up with a few silly and powerful words to say instead of the bad words. We talked about how saying a bad word turns it into a big hairy creature that is hard to get rid of. I wrote up all the alternate words that we came up with on a white board in our kitchen and prompt those words to my boys whenever they say the bad word. Is it all working? Sometimes, yes. The power that they feel in saying a bad word when they are angry or upset seems to be a much greater temptation to fight at their age. That said, as their mother, my message to them is very clear and firm, without any insults, reprimands or put-downs. Plus, I practice what I preach. So, I have faith that they will catch on eventually. This book is brilliant!