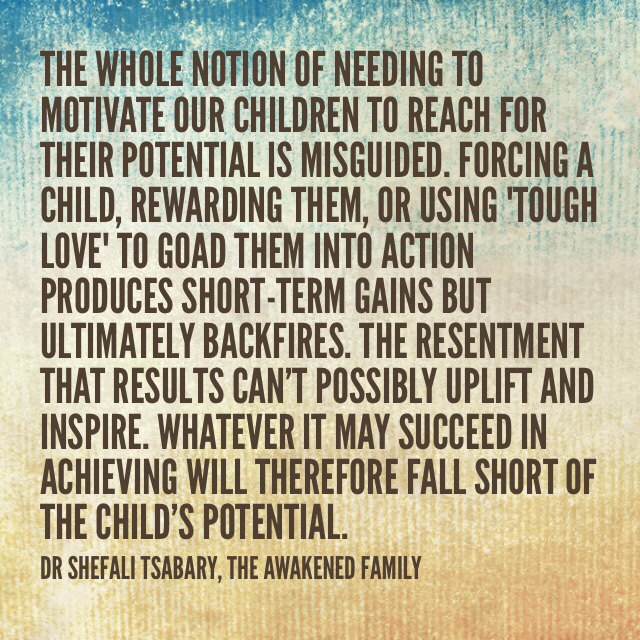 These lines resonated with me. I was raised in a middle class family, in a predominantly hierarchical and achievement oriented culture, where parents had a set of goals for their children and expected them to reach those goals. The script for a child’s life was written by the parents even before the child was born and the child was expected to adhere to this script. This parenting style was ingrained into the culture and society as a whole. It was quite common for the parents to guilt-trip and shame their kids if they failed to reach their own expectations. It was also quite common for the parents to shower the “good kids” with too much praise and rewards for meeting their expectations. The parents likely struggled to make it on their own all their lives, in a predominantly hierarchical society. They thought that they were doing their best for their children by pushing them to attain status and wealth that would put them at the higher end of the hierarchy and spare them the abuse they themselves faced for having lived at the lower end of the hierarchy most of their lives. In other words, instead of looking within themselves and understanding the actual reasons behind their own insecurities, fears and resentment, the parents were trying to channel their unresolved issues into raising perfect kids. This is an example of fear based parenting.

I was someone who met those expectations so I did not experience the shaming as such. But I experienced the other side of it – praise and rewards. As an adult and a mother, I know what this did to me, the same way that I know what shaming did to my friends and cousins who were subjected to it. In both cases, you grow up with a void inside you. A bottomless pit within you, that you feel an endless need to fill by acquiring status, wealth, power, control (of situations and people; easy targets here being your own kids), etc. THIS is precisely why I like these lines.

The last two lines: “The resentment that results can’t possibly uplift and inspire. Whatever it may succeed in achieving will therefore fall short of the child’s potential.” are definitely worth reading repeatedly. It is important to point out here that resentment could be a result of praise and rewards, not just shaming and guilt-tripping. And the bottom line is whatever this may accomplish in the short term (eg: a temporary sense of security for the parent), ultimately it IS detrimental to the helping the child reach their full potential.